Secrets of a Professional Negotiator

A Day in the Life of a Dealmaker

The energy is electric in the offices of Authority Auto in Sherman Oaks, California. That's because Authority's president, Oren Weintraub, is doing what he loves: negotiating car deals and saving money for his clients.

"I love the art of negotiating," Weintraub said. "It's kind of like a dance — you have to know what to say and when to say it. You have to be strategic. And above all else you have to know how to create leverage."

The flip side? "When I'm making a deal and I don't get what I want, it drives me crazy," said Weintraub, a former general sales manager at a top Ford dealer in the Los Angeles area. He started his concierge car-buying service after discovering that he would rather work for car buyers than be a dealer trying to maximize their profits. Now, Weintraub gets his fee from his clients, which he says is offset for the client by the low prices at which he can buy cars. He believes that the car broker's practice of getting a commission from the dealer is a conflict of interest.

Sitting in on Car Negotiations
Weintraub was reluctant to allow us into the inner sanctum of Authority Auto because he was worried we would give away all his professional car negotiating secrets. After seeing him work, we'd have to say he's in no danger. He can give all the advice in the world, but he is still a master at the moment-to-moment improvising his job requires.

While we could attempt to explain the process of negotiating, we thought it would be more helpful to eavesdrop on several real negotiations. Weintraub let us listen in on two car deals, and afterward, he gave us a play-by-play interpretation of his tactics and methods.

In the following car negotiation, notice how each side is trying to gain a commitment without giving up ground. Also, see how Weintraub lets the salesman know he is looking at several different cars to create a sense of urgency that will help him close the deal.

Salesman: I wanted to touch base with you regarding the G500 you were interested in.
Weintraub: I'm glad you called because we were just about to make a decision on another car. We haven't made a move yet because the prices you guys gave us were higher than my customer wants to spend.
Salesman: Well, what prices would be fair for you? I'm trying to work something out here.
Weintraub: You are listing a 29,000-mile, 2005, certified [car] for $49K and change, correct? Well, my client wanted the price to be closer to $44-$45K. I understand if you guys want to flip this car and make money, but once again, it's not the right car for him based on those prices.
Salesman: So let me ask you this, Oren. I know you're a businessman, and we're both real busy. So if I were to offer you the car at $47,900, would that work?
Weintraub: I would say that if you can do $44K on the car, we would probably have a deal. But I don't want to present it to him unless it's a real offer.
Salesman: OK. I'll see if I can make that deal happen. One more question: Are you in the market for any other vehicles at this time?
Weintraub: What you do right now could lead to more business for you. If we find the people we're dealing with to be professional and tenacious about price, we'll send you more business.
Salesman: I'll call you right back.

Notice also that Weintraub reviewed the specifications on the car: It's a 2005, certified with 29,000 miles on it. It's essential to establish — and then confirm — the details of the car you are buying. Year, make, model, number of miles, condition level and warranty details all affect the value of the car.

After a few more rounds of car negotiating, Weintraub got the price of the Mercedes, which was originally on sale for $49,995, down to $45,500. His client bought the car.

Scenario #2: A Different Approach
Later in the morning, Weintraub took a different approach to negotiating a lower price. While trying to get a lower figure for a Saab that had originally retailed for $42,500 and was on sale for $31,050, he had been given a figure of $30,500 and was told by the general sales manager that was the lowest he could go.

"He said he'd discussed it with his general manager and that was his best price," Weintraub said. "When he said that he had spoken with the GM, it was like a door opened. I knew that if I could get to the GM I could try to make a deal with him. But I didn't want to insult the sales manager by going over his head."

Instead, he waited until the next day, knowing it was the sales manager's day off. Then it would be appropriate to call the general manager directly. When the dealer returned his call, this is how the car negotiation went:

Weintraub: I appreciate the callback. I used to be a GSM [general sales manager] for a major dealership and now I have my own car-buying service. I have a client who is very local to you; he's interested in buying your 2009 9-5. Normally I wouldn't speak with you since you're the GM, but I've been dealing with Steve who isn't here today. The price that he offered, $30,500, is more than my client can spend and I was hoping that I could talk with you to find a place you're willing to go that would meet our customer's needs. We're looking at another car, an '08 model with 100 miles on it, that another dealer is offering for $27-$28K. I know your car is newer, but it's a demo so it has some miles on it, and we were hoping you could bring the price down so we could make a deal. My customer is ready to buy a car today for $29K even.
(10 seconds of silence.)
General Manager: Yeah, we can do $29K.
Weintraub: You'll do $29K? Beautiful. Please fax that in writing.

After hanging up the phone, Weintraub stood up. "I'm pumped," he said. "Sometimes I get really jazzed when I get a big win like that."

In this case, Weintraub was respectful and yet specific and well-informed. He gave the general manager a reason that he was asking for a larger discount: The car is a "demo" (a demonstration model) and it has additional miles on it for a new car. And finally, he lets the general manager know that they have another car they could buy if they don't get this one. Once the offer is on the table, he stops talking and lets the silence grow.

The Key to Negotiating
Over lunch, Weintraub said, "When I'm negotiating, I always think about where I want to end up." In other words, you have to know that while the seller starts at a high asking price, you have to start with a low opening offer. When each party takes small steps, the gap between them is closed and eventually they have an agreement.

What will convince the seller to come down on his asking price? Leverage.

"I see leverage as an angle people use to exercise power in deal-making situations," Weintraub explained. An example of leverage in the first dialogue was when the salesman asked Weintraub if he was looking for any other vehicles to buy. Instead of just saying yes, Weintraub replied, "What you do right now could lead to more business for you." He made the current deal into an audition for future business.

Working Toward "Yes"
There is a popular expression in negotiating that states, "The first person who speaks, loses." But Weintraub doesn't necessarily adhere to that philosophy. Instead, he might simply start the car negotiation by asking the salesman, "What do you guys price these cars at right now?"

While this might seem like a vague way to begin, it means that they might throw out a lower starting price than you expected. Once they announce their position, you can know where to position your opening offer.

Above all else, though, you have to be firm. "Early on, the person you are dealing with forms a perception of you, and this could keep you from getting the deal you want. It's all about perception." He added, "Good negotiators are good at overcoming the dealer's leverage and holding firm to what they are willing to spend."

Negotiating sometimes means countering the leverage others try to turn against you. "When I send a client to the dealership for a test-drive, I tell them to be aloof about the car even if they really love it," Weintraub said. "Otherwise, the salesman would be licking his chops, knowing he can stick to his guns on the price."

Finally, Weintraub advises people not to negotiate with salespeople who might intimidate or pressure them. "There are other salespeople and there are other dealerships," he said. "I do that every day; find someone I feel I can work with."

Stick to Your Own Style
It's important to play to your own strengths when negotiating any deal. Whether you are relaxed and personable, like Weintraub, or "in your face" like some closers at dealerships, car negotiations are most successful when you feel you are in the right.

"When you're fighting for the right thing, you gain a lot of power," Weintraub said. "And if you can make a person who has what you want feel good about giving it to you — that's the art." 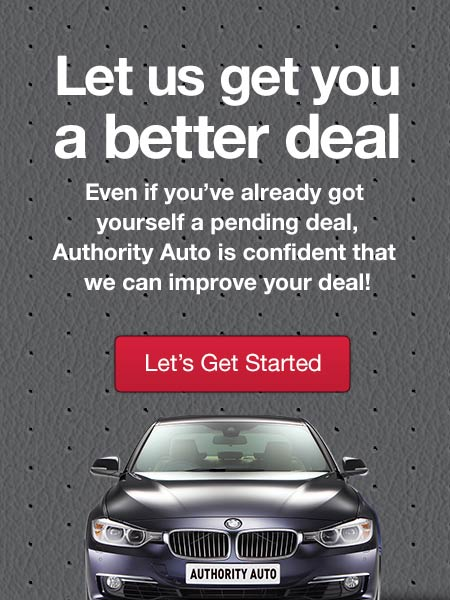